Other than March 26, 1926 when the first lip-reading competition was held in the United States, September 15, 1926 when an assassin fired three shots at Mussolini from close range managing only hit his nose and September 20, 1926 when Bugsy Moran tried to kill Al Capone and hit nothing, 1926 was a pretty boring year. Even so we have some interesting local photos we hope you will enjoy. 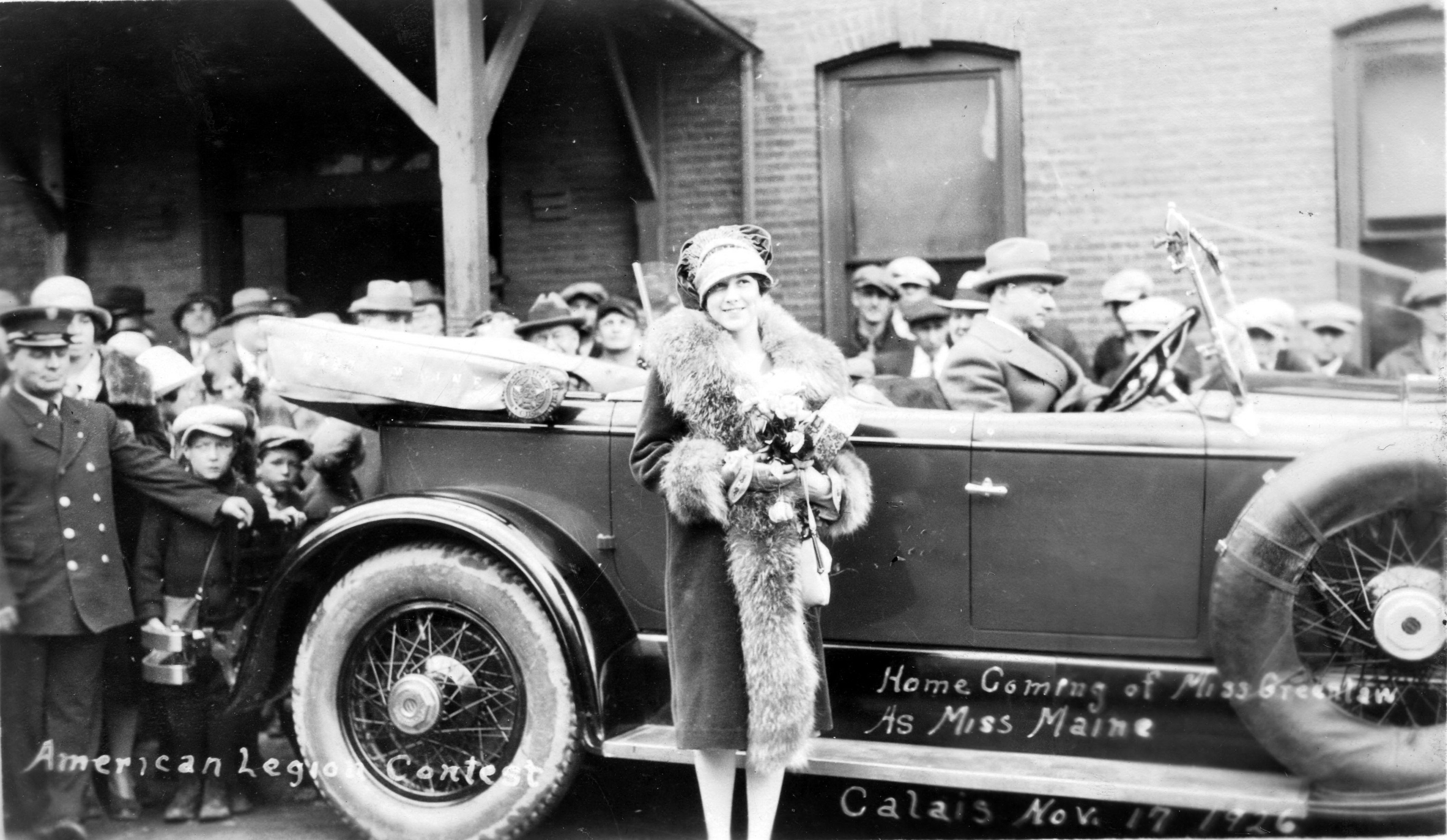 The roaring 20’s was an exciting time in Calais, bringing us bath tub gin; cars as long as small ocean liners; flappers (modern girls who voted, smoked, drank and danced in outfits which gave their parents fits) and the beauty contest. Probably quite a few flappers joined the rest of the community in packing the Calais Opera House in early November 1926 in anticipation of the selection of “Miss Calais” from six local girls. The winner was to represent Calais at the Miss Maine contest in Portland.  The contestants were judged, according to the Advertiser, on general beauty, personality, poise and social charm. Little controversy arose when Eunice Greenlaw was chosen to represent Calais in the state contest. The paper says the judges’ decision was greeted with “wild applause” by the packed house and Eunice won the state crown handily in Portland. The photo above shows her victorious return to the Calais at the train station. The driver of the car is the father of John and Sonny Hornbrook. 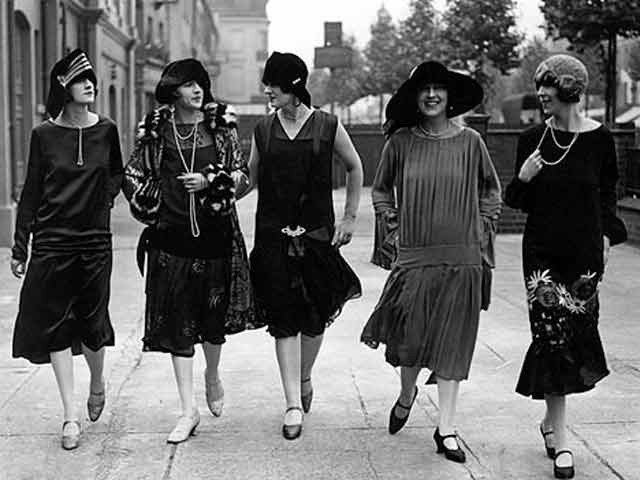 We’re not sure Eunice was a flapper because she wasn’t dressed like these ladies but we have our suspicions. 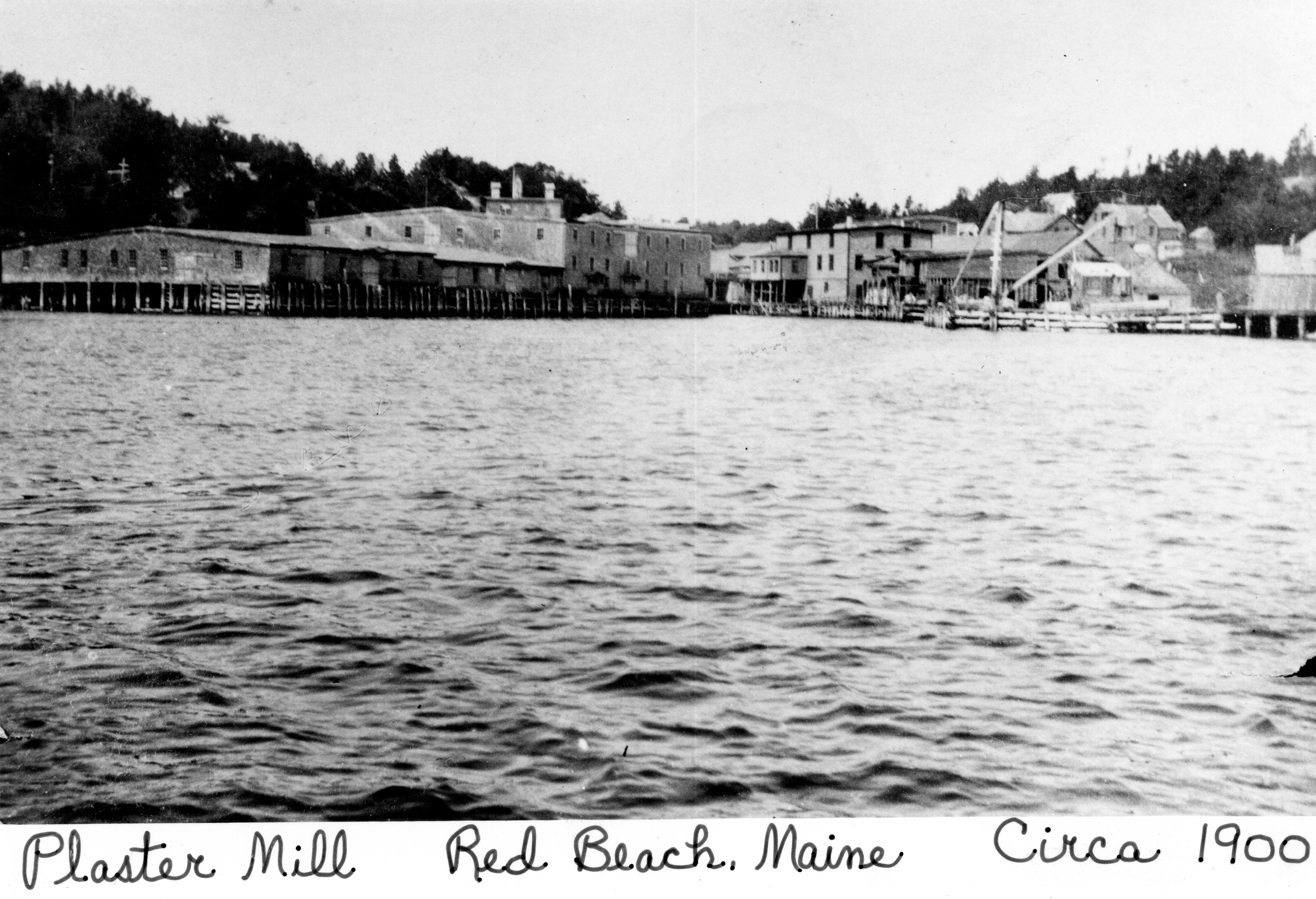 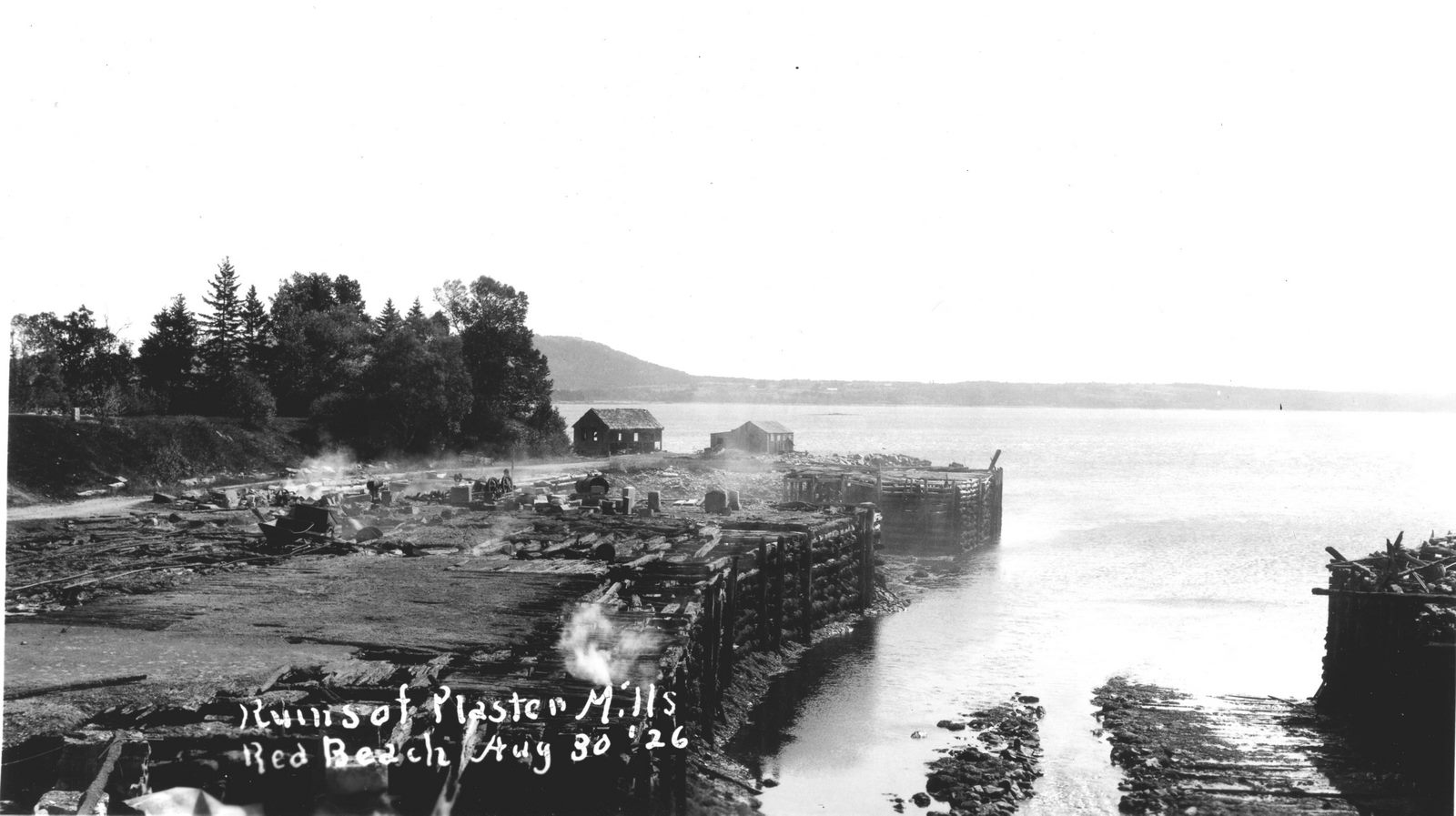 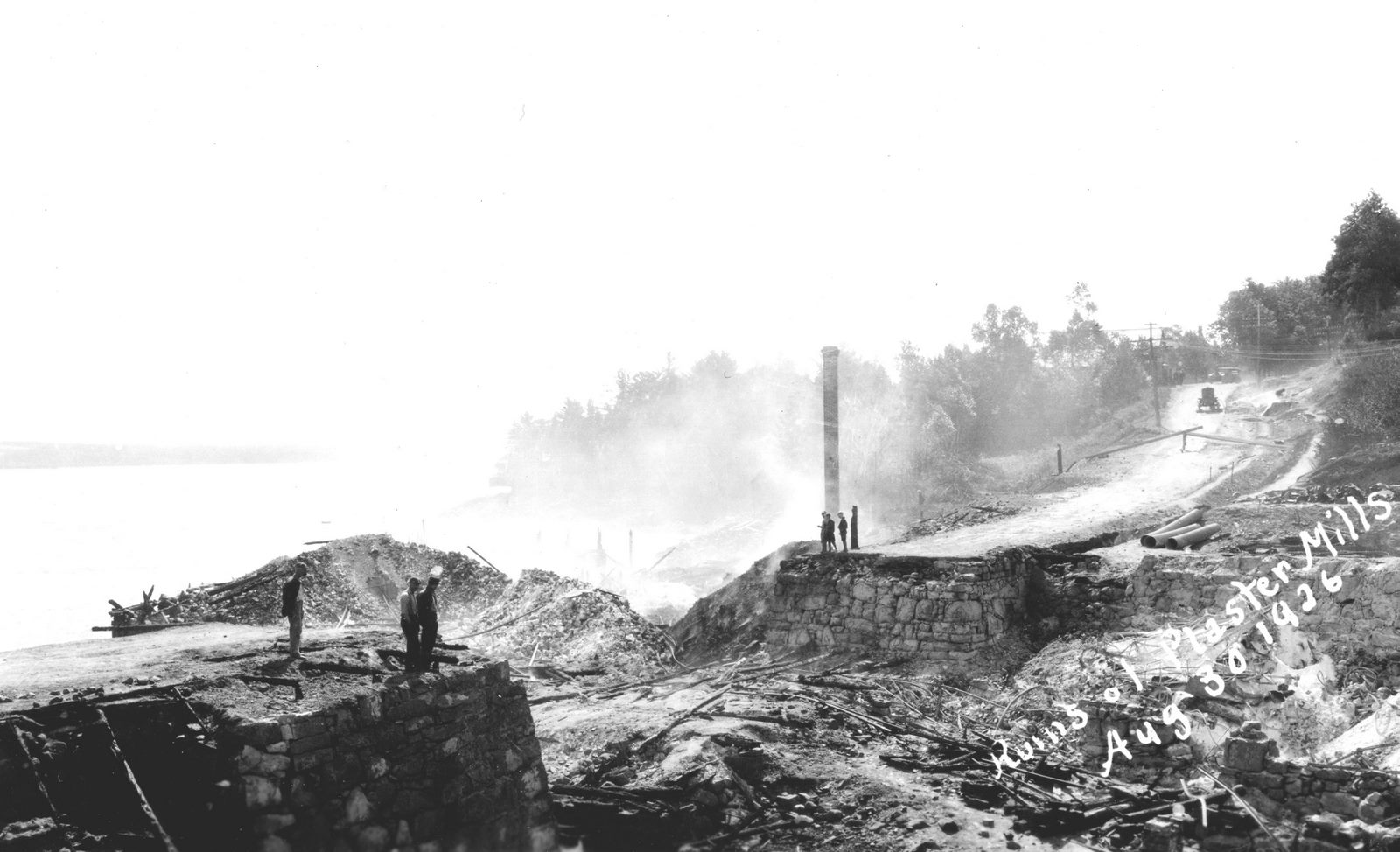 On August 30, 1926 the Red Beach Plaster Mill burned. It was a spectacular blaze, consuming all of the buildings seen in the first photo above. Frankly it is a wonder the entire village didn’t go up in flames. Once the economic engine of Red Beach, the plaster mill had fallen on hard times in the early 1900’s and was reduced to only 8 employees by 1923. We don’t know if it was operating at all in 1926 but we do know it was in deep financial trouble. Whether the fire was started by the friction of the mortgage rubbing against the insurance policy we cannot say but the destruction was so complete neither could the state investigators. 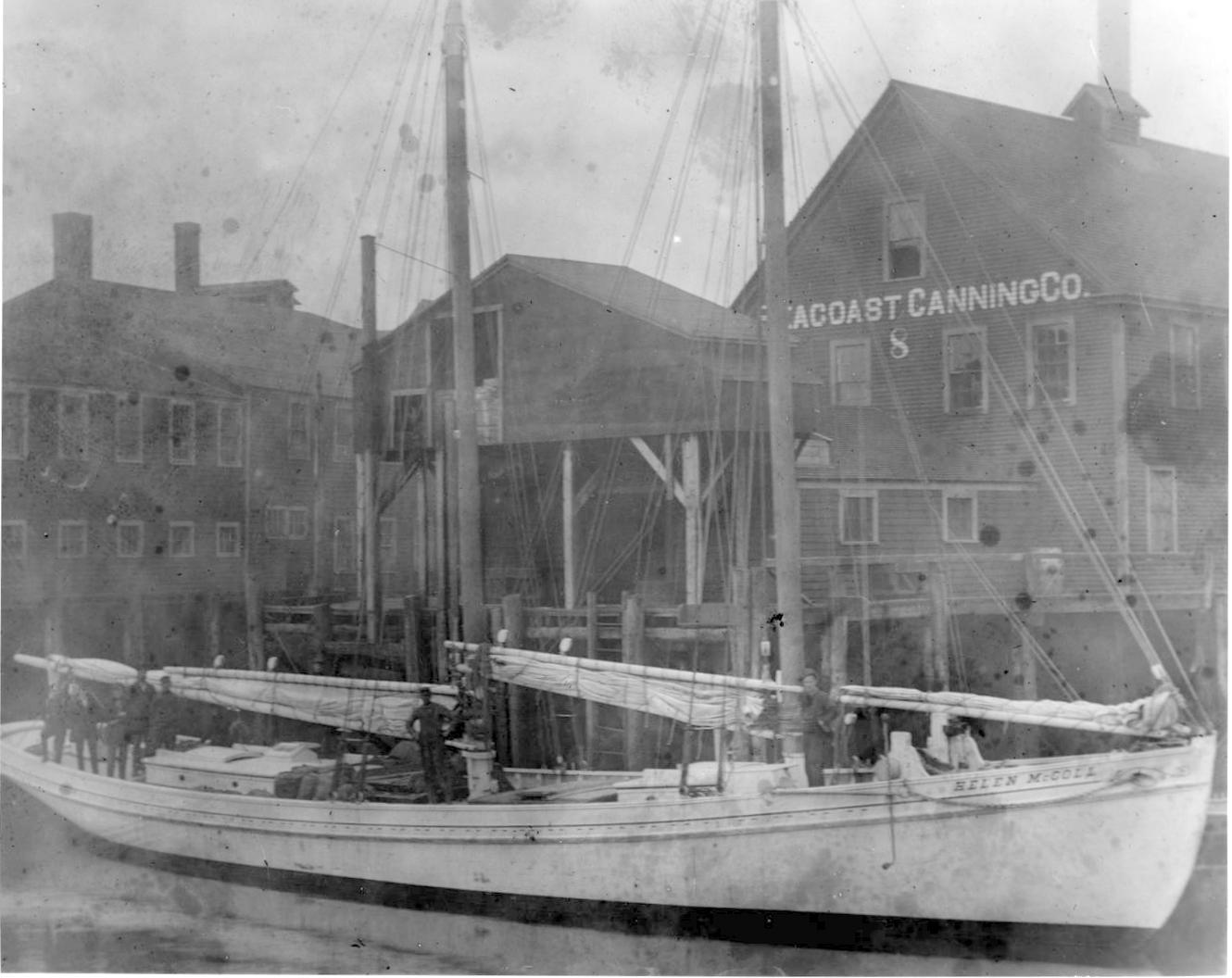 A few weeks earlier in Eastport the Seacoast Canning factory at South Shore burned to the ground. There was plenty of insurance according to a newspaper article. We can’t be absolutely sure this is the factory that burned as Seacoast had several factories in Eastport. ​ 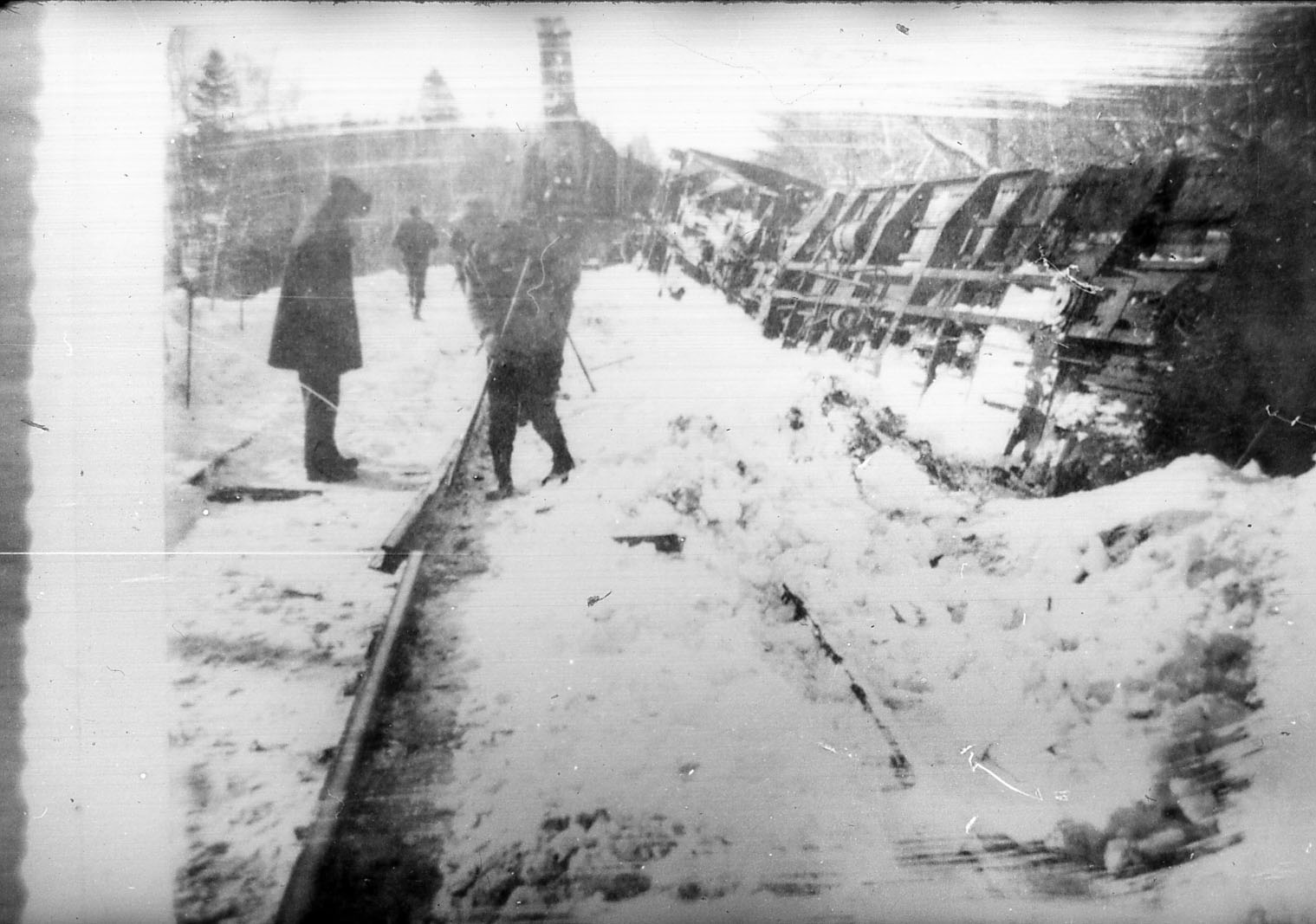 January 29, 1926 was the date of one of the most deadly train wrecks in our railroading history. It occurred in Marion to a Maine Central train which had departed from Calais. A broken rail caused the derailment of the entire train, the two rear cars, a smoker and ordinary coach plunged down a 15 foot embankment. Three were killed and twenty injured, some seriously.  William Gould of Calais and Clarence Strout of Bangor were killed as was the 2 year old son of Mr and Mrs Sumner Hartford of  Woodland. Mrs Hartford was injured and, while hospitalized, she continually asked for her baby, not knowing the child had died. An express train conveyed Dr. Miner of Calais and all the nurses available to the scene where the temperature was below zero. 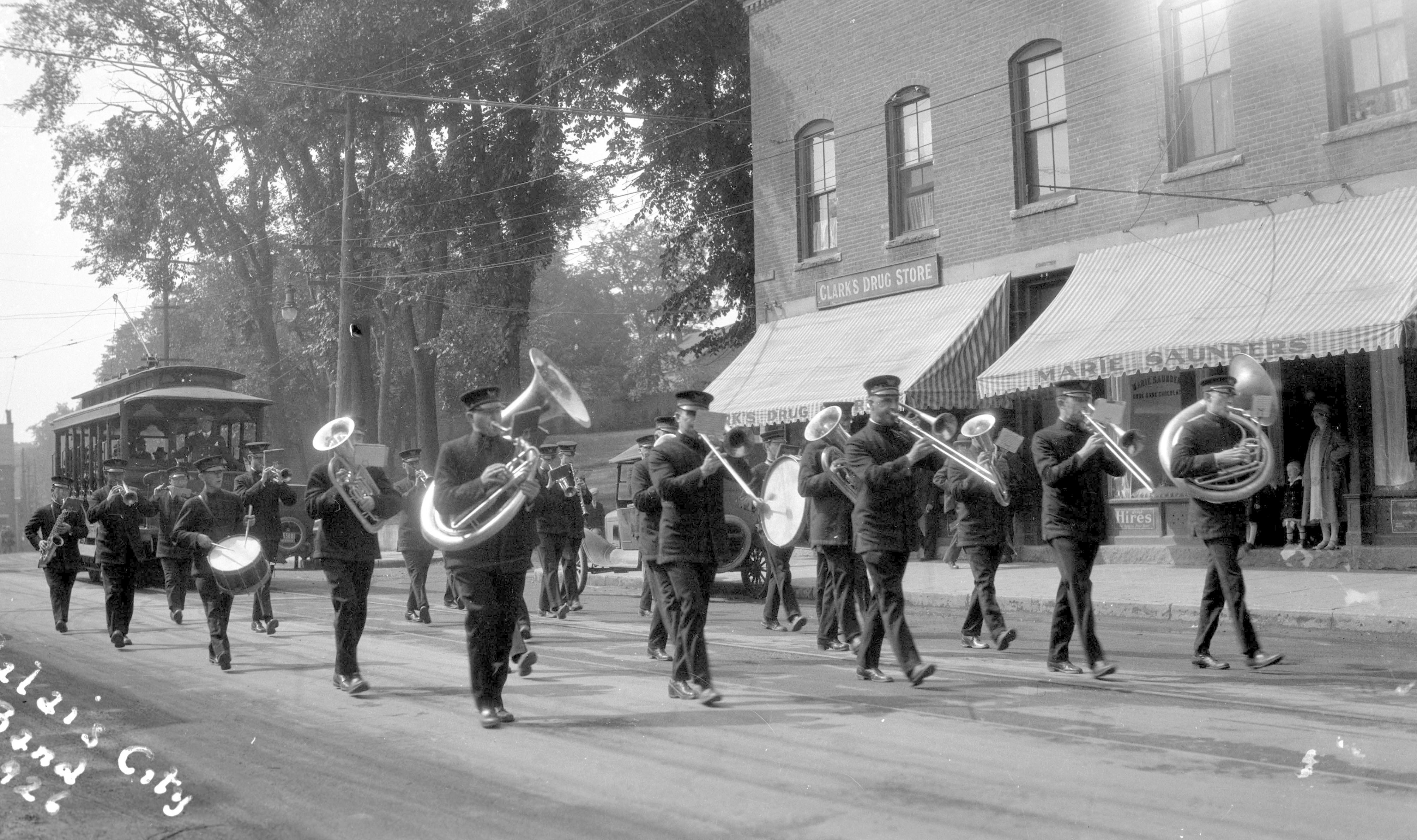 Finally to end on an upbeat note so to speak we give you the Calais Band marching in 1926 on Water Street in St Stephen. Clark’s Drugs is on the corner of Main Street beside Marie Saunders which we think was a candy store and perhaps soda fountain. The trees are in front of the Park Hotel and following the band is a streetcar.
​