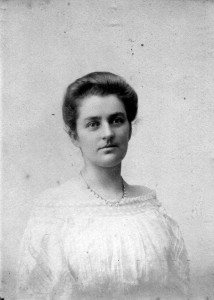 Traditionally speaking, female artists haven’t always been as encouraged as they should’ve been. The field of art has long been dominated by the hand of males, who were viewed as possessing adequate technique to convey their artistic intentions. That wasn’t the case for Emma Boardman, a Calais native that would go on to train at prestigious institutes and create a number of well-regarded pieces. 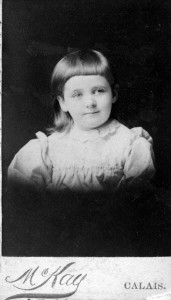 Emma as a little girl

Emma was born in 1885, during Calais’ heyday as a lumber port. Her parents readily recognized her love for coloring at an early age, and they soon bought her all the materials she needed to pursue her craft. After graduating from Calais Academy, she went to the Boston School of Art where she studied painting and design. 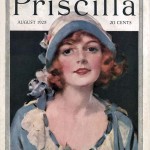 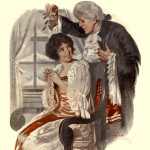 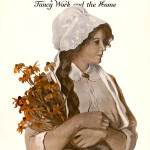 Emma soon became a designer for Modern Priscilla magazine, a leading women’s magazine of the day. She did sketches of the women in the magazine in pen and ink, creating fashions for women on the Homefront even as the First World War raged in Europe.

She returned home to Calais for several years, becoming a member of the Women’s Association and the Women’s City Club where women discussed their newly acquired voting rights. When her parents died, she moved back to Massachusetts to train under Miss Lobinger. 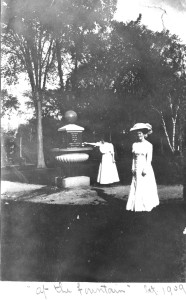 Emma shown in Memorial park; she would have been attending Boston School of Art at this time

Her talent with watercolors was so well-regarded that she was featured in several very fashionable florists in Boston, including Penn the Florist. Her work became featured on postcards, greeting cards, and Christmas cards, all of which were sent around the country. 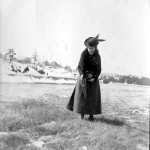 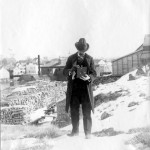 Emma passed away on Armistice Day in 1956, giving all of her art equipment away to a local young woman that had aspirations to be an artist—passing on a legacy of encouragement that she had so enjoyed.