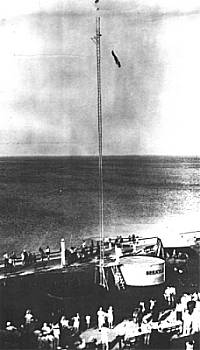 Above is a 1930’s photo of Calais native Beatrice Kyle, professionally Bee Kyle, diving from a 100 foot tower into an 8 foot deep tank of water. Not so tough you say but consider that during her descent she does a backwards somersault and, if the crowd is willing to pay a bit extra, the water in the tank is covered with a sheen of burning oil. In 1939 Billboard magazine crowned Bee the most popular outdoor performer in the United States based on a poll of its readers. As can be seen below Bee received more votes than the other 5 challengers combined. 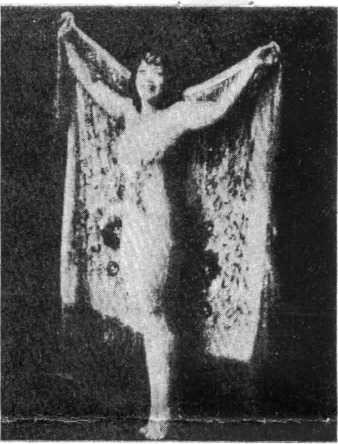 “Bee Kyle started professional diving at the age ‘of 12, having done her first plunging from the cliffs of the old St. Croix River in Eastern Maine, neighbor­ing on her birthplace in Calais. She has worked for Diamond Lew Walker, Harry Dore, C. A. Wortham, Johnny J. Jones and W. H. (Bill) Rice on water shows. Her manager is her husband, W. B. Wecker, of St. Louis. Her engagements have taken her as far as Japan, Aus­tralia and the Philippine Islands. Miss Kyle’s top trick is a back somersault from a 100-foot ladder into a tank of fire. Since 1927 hers has been a standard free act and this year she took out her own act, appearing on Gold Medal Shows and also at parks and fairs. 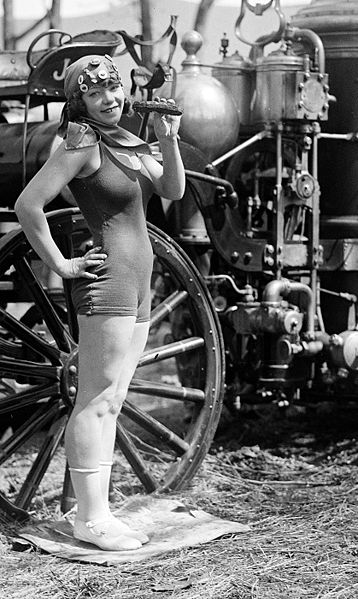 For those of you wondering where exactly Bee had “done her first plunging from the cliffs of the old St. Croix River in Eastern Maine, neighbor­ing on her birthplace in Calais,” you are not alone. There seem to be few, if any, spots on the river suitable for serious high diver training. Perhaps we are wrong and don’t mind being corrected. 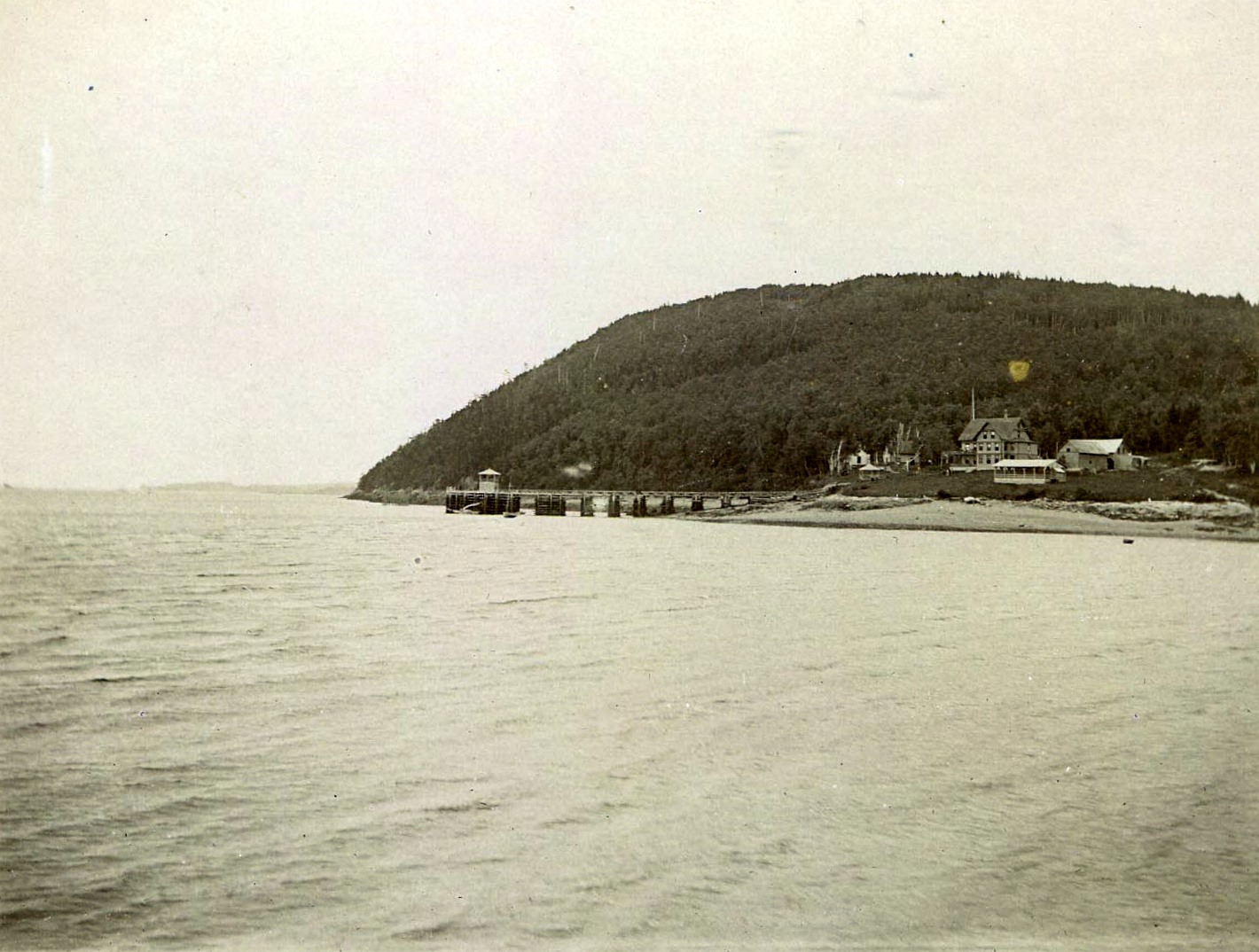 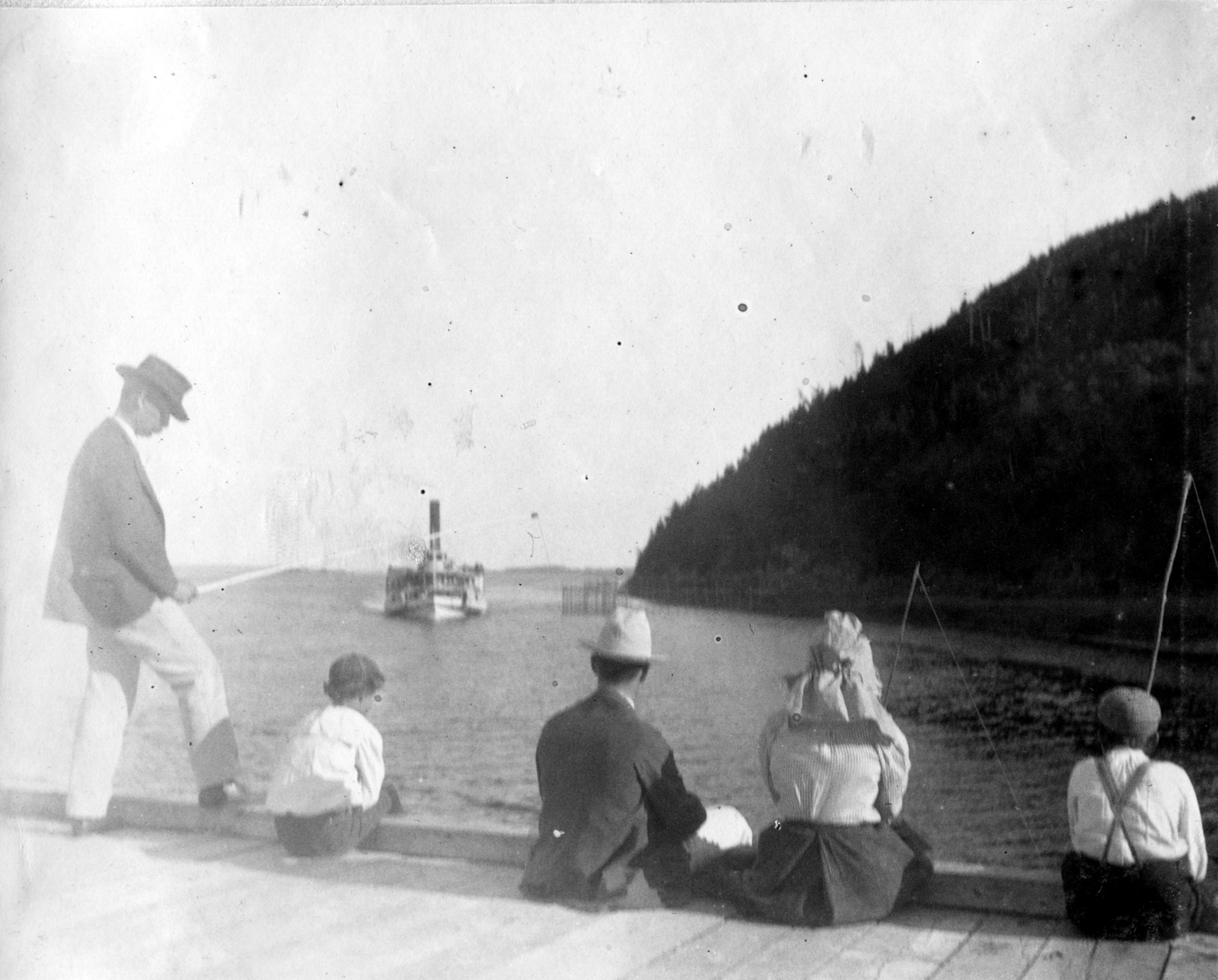 Calais does claim the second highest point of land on the east coast of the United States, second only to Acadia, at Devil’s Head about 7 miles south of Calais.(How many knew this or for that matter believe it but it is true) However these photos taken when Demont’s Hotel graced Devil’s Head in the late 1800’s show how ill-suited it is for diving. 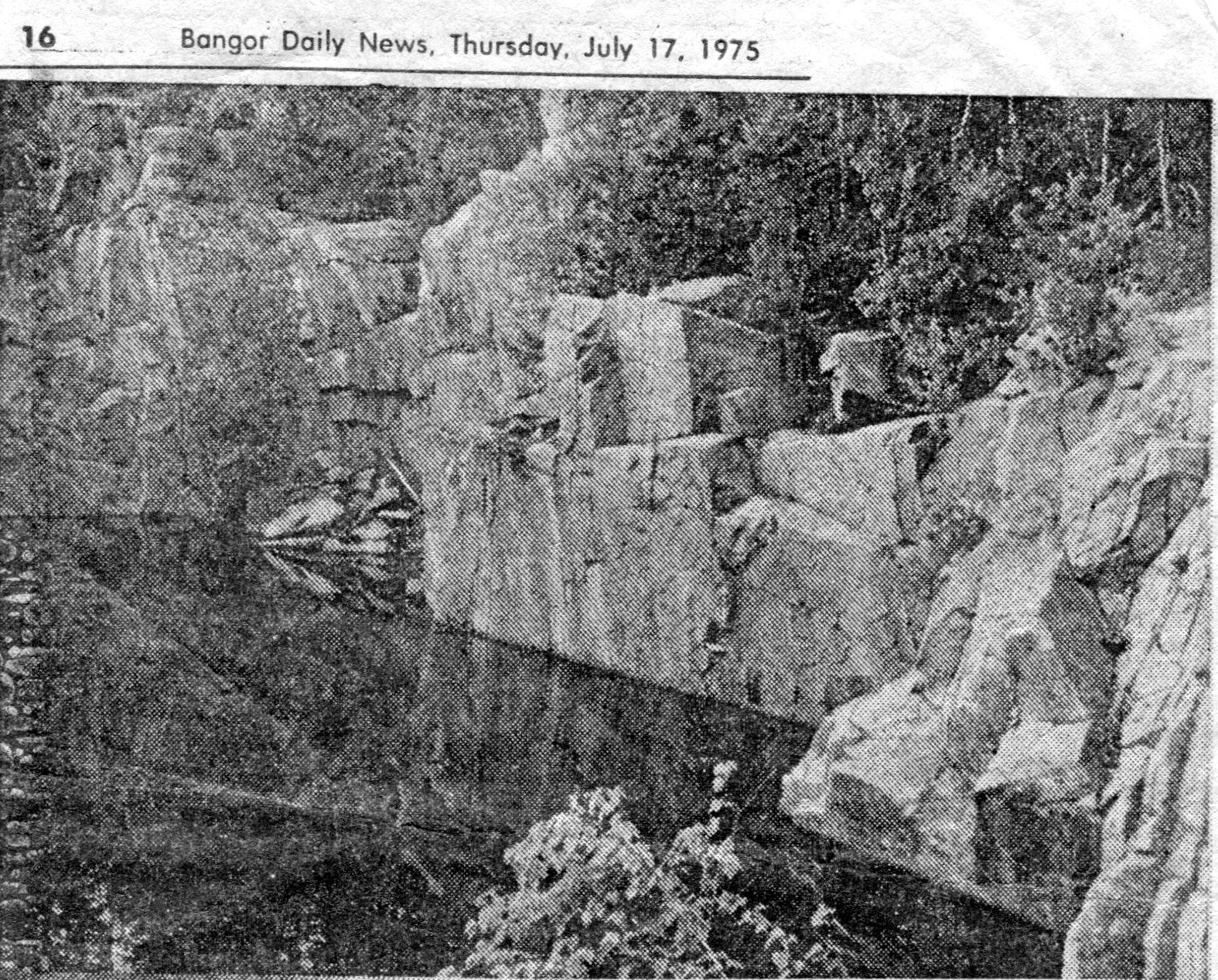 More likely Bee learned to dive in one of the old granite quarries such as this one in Red Beach which many will remember. The ledge dead center was popular with divers, the lower level for us cowards and the upper for the dare devils. It was said that it was not possible to touch the bottom although Ora Berry is reputed to have done so.
We don’t have a great deal of information of Bee’s Calais roots. Kyles had lived in Calais since the 1850’s. Alexander Kyle- possibly Bee’s grandfather, emigrated from England and served in Company B of the First Calvary during the Civil War. Bee’s father was possibly also named Alexander as the 1901 Calais directory shows Alexander Kyle and Christina Kyle, he employed at a shoe factory, living on Barker Street. Bee was born in 1902. However there was also a Charles Kyle, wife Janey, living on Downes Street. By 1935 Kyle and Christina and several other Kyles lived at 15 1/2 Main Street and Charles, then a widower, lived on Lafayette Street so  Bee Kyle’s roots require more research. We would be grateful for anyone wishing to do this research for us, basic historical research we can handle, genealogy is too complicated.