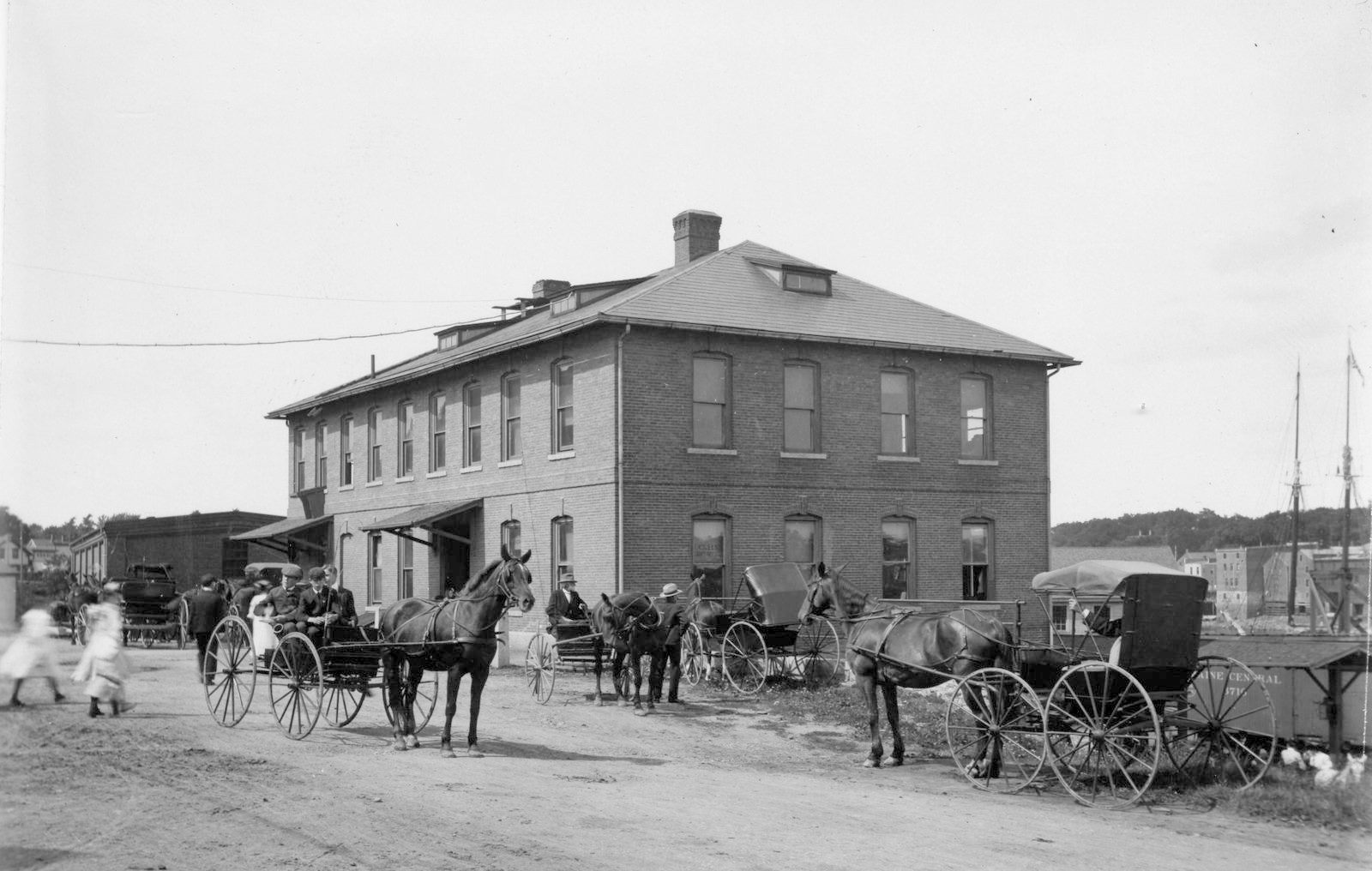 We all feel it sometimes, especially after watching one of those British Victorian productions on PBS. The Romance of the Rails- that bygone era when travel was as simple as getting yourself to the Calais train station on Hog Alley, shown above in about 1900, and buying a ticket for Bangor or Boston or San Francisco. 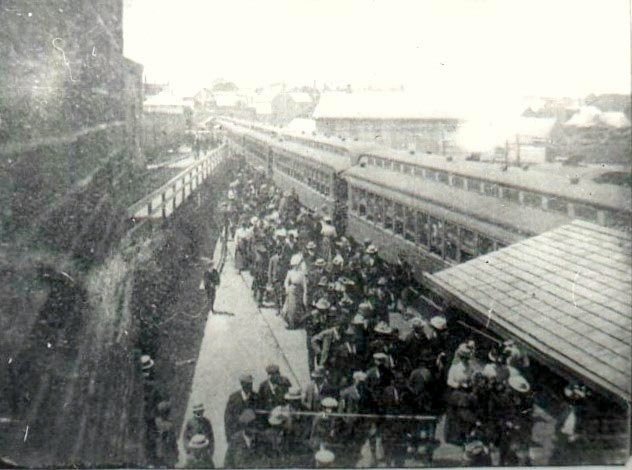 With ticket in hand it was only a matter of going downstairs to the platform, getting a good seat and relaxing with a book or perhaps hanging out in the club car with friends and a cocktail until the train pulled into your destination. This nostalgic view of riding the rails did contained a good deal of truth, just not the whole truth and whether rail travel would be generally suited for the lifestyle of Americans in 2018 is questionable. Europeans love their railroads even today but on this side of the Atlantic getting anywhere, even a few blocks to a store, seems to require a road trip in the family SUV.

One problem with the railroads of yore is that it took quite a while, by today’s standards,o get anywhere. Take a look at the Washington County Railroad Calais schedule for 1906. The trip from Calais to Woodland (Sprague’s Falls) took from 25 minutes, the Express, to an hour, Princeton was at least an hour away, sometimes two and the trip to Eastport also took 2 hours. The morning express to Bangor from Calais left at 7:25 A.M. and arrived in Bangor at 1:10 P.M. The night express to Bangor took 6 hours and if you went on to Boston the entire trip was 14 hours. Of course these were pretty fast travel times for 1906 and Pullman sleeping cars were available. The trains did get a bit faster in later years but not much. Even in the 1950’s Bangor was still about 5 hours by train from Calais and a day trip to Bangor would have started in Calais about 7 A.M. with a return to Calais at 11:00 P.M. The pace of life was much more relaxed in those days and probably much healthier but we’re not sure how many of us would be able to adjust to such leisurely travel today. Of course in 1906 the Airline looked like this in Alexander 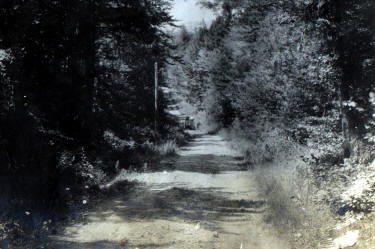 which made road travel in your new “motor” at 20 miles an hour a bit of an adventure and anyway you were unlikely to find a gas station on this road. The other option in the early 1900’s was the steamship but this was no faster than the train and trains don’t roll and threaten to sink or run aground in bad weather. 100 years ago the railroad was definitely the best way to travel. 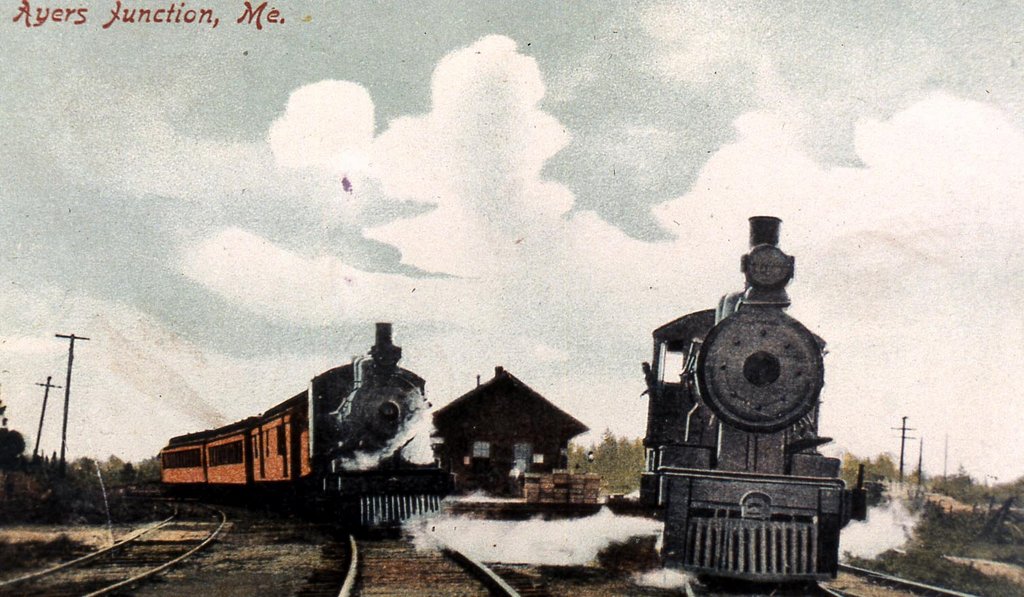 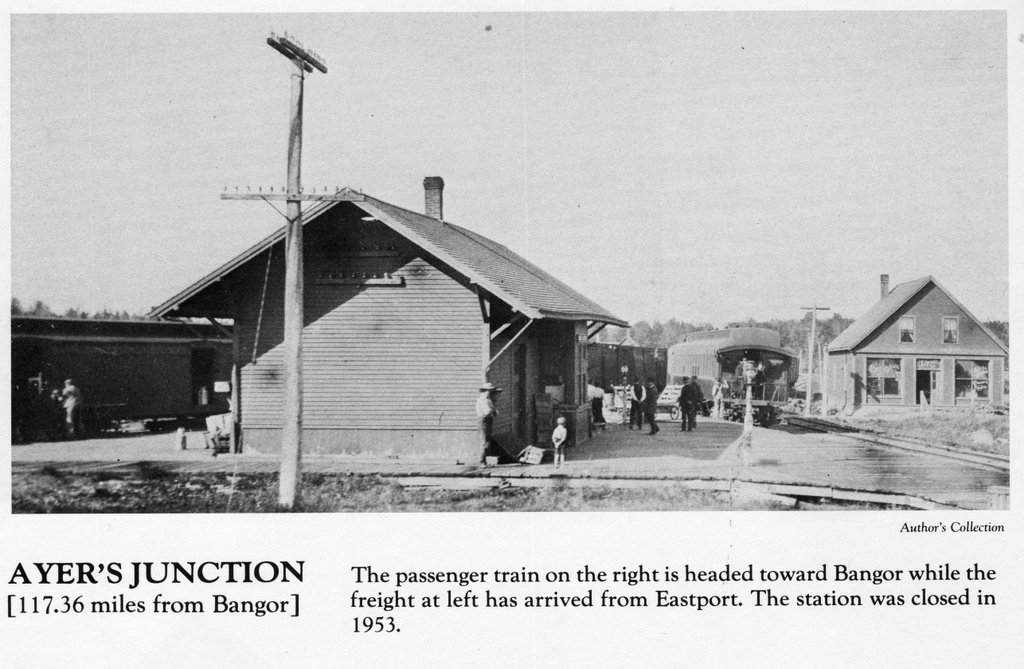 The Calais trains passed through Ayers Junction on the way to Bangor, where a spur line connected with Eastport.  Ayers Junction is now the parking area for the Downeast Trail on the road from Charlotte to Pembroke. There were close to 20 stations between Calais and Bangor and unless you were on the express the train stopped at them all. 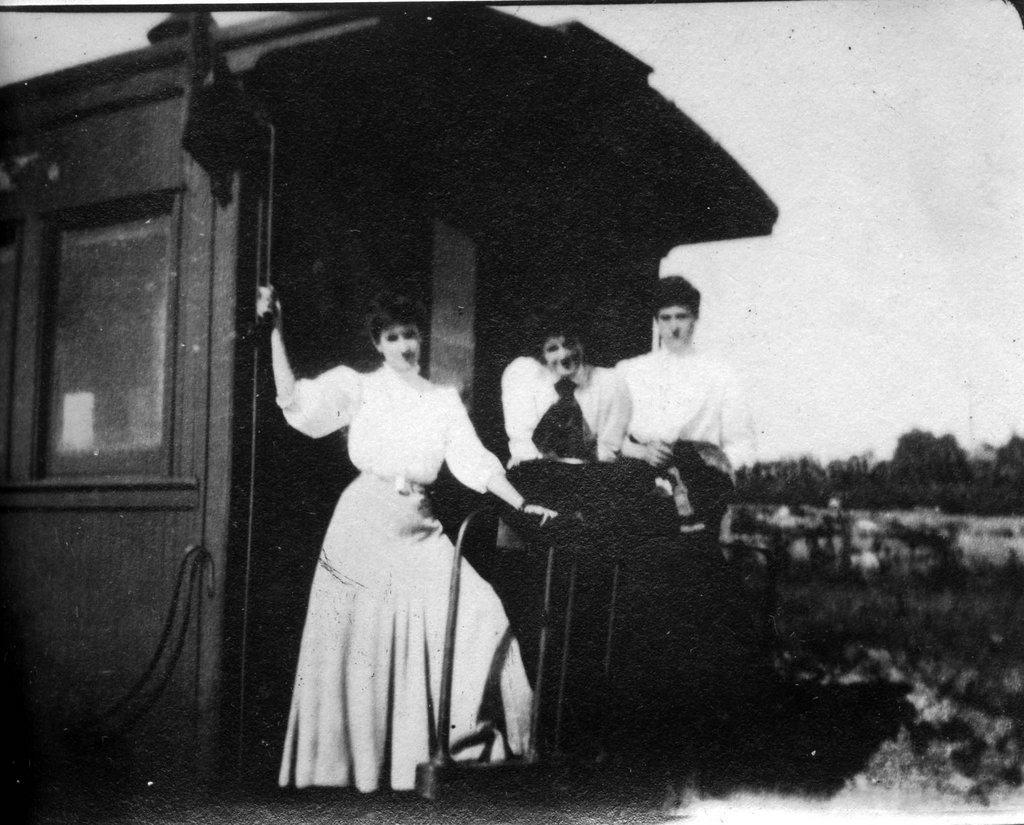 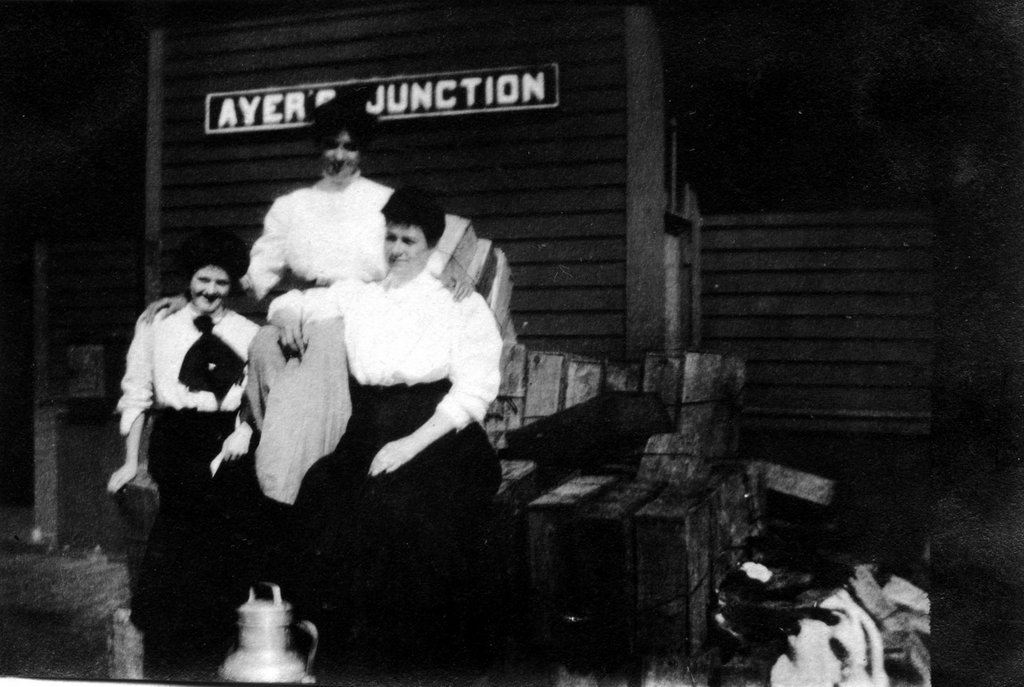 The 1920’s photos above show Emma Boardman and friends of Calais at Ayers Junction (Charlotte) probably waiting for the connecting train from Eastport to arrive. Emma and her friends thought nothing of a 14 hour trip to Boston which even in 1920 seemed a very fast and carefree way to travel.

For those who want luxury rail travel today we recommend the the Orient Express between Venice and Istanbul. The ticket costs a few grand but the club car is decent.